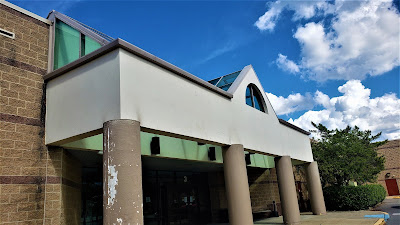 About The Website
Phillipsburg Mall Memories was created in May 2020 by the author of A&P Preservation to document the mall's 31-year life in Warren County. The site was created to showcase photos of the mall over its lifespan, document each store's history, and have articles that showcase memories that were made at the mall over the years. In addition to stories, Phillipsburg Mall Memories also provides updates to the future of the mall, a planned resources directory that includes over a dozen mall site plans and forms, and a Redbubble shop that features aesthetically-pleasing mall-based designs.
A (Somewhat Brief) History of the Phillipsburg Mall
In mid 1985, Crown American Developers of Johnstown, Pennsylvania announced a large indoor shopping mall for the town of Phillipsburg, New Jersey; the exact plot of land on Route 22 being nestled between the Town of Phillipsburg, Pohatcong, and Lopatcong Townships-- just a mile away from Interstate 78. After construction delays, the Phillipsburg Mall finally opened on September 24th, 1989. It was immediately swamped with over 7,000 people, and cars backed up a half a mile on Route 22. Hess's, Kmart, Sears, and an under-construction JCPenney welcomed shoppers into its wide corridors, beautiful fountains, and neon-lined skylights. People young and old sat down to dine in the Garden Grove Food Court, and enjoy the wonderful, open community gathering space that was just created for the greater Lehigh Valley area.
In 1994, the first major change to the mall occurred: Hess's Department Stores were sold, and acquired by The Bon-Ton, another department store already prevalent in the northeast.
In early 2001, it was announced that the mall's Garden Grove Food Court would close and be converted into a 25,000 square-foot junior anchor space for H&M, a Swedish clothing retailer in its infancy in America, let alone the Northeast.
In 2002, Kmart filed for bankruptcy and had to close dozens of stores as part of its proceedings. Kohl's leased the space in 2003, and opened in April 2004.
While a Kohl's plan is in the works, Crown American sold the mall (along with all other Crown American malls at the time) to PREIT in 2003.
PREIT sold the mall to Namdar-Mason Asset Management for $11.5M in 2013.
JCPenney announced a store closure at the Phillipsburg Mall in 2014; marking the first anchor tenant vacancy since 2002. The space became Black Rose Antiques - a brand owned by Namdar, the mall's owner - in 2017.
Sears and The Bon-Ton closed by early 2018, as both companies were facing either bankruptcy or severe financial troubles at the time.
By the end of 2019, most stores in the mall had either closed or relocated; and vacant anchor tenants that formerly held Sears and The Bon-Ton were demolished.
On December 23rd, 2019, Namdar served eviction notices to the dozen-or-so stores that were left in the mall. Some corporately-owned stores, like Bath & Body Works and Verizon Wireless, were given longer than the January 24th eviction date, which left the mall open to the public for nearly two months longer than originally planned.
In March 2020, subsequently after the COVID-19 pandemic shocked the nation, the Phillipsburg Mall closed its doors to the public for the very last time. By the end of March, Namdar announced that it had plans to sell the mall to a warehouse developer.
As of September 2020, the mall is planned to be demolished in early October. According to anonymous sources, the demolition and cleanup of the mall will take nearly six-to-eight months. The annexed Kohl's property and store will still remain open for shoppers.